Starting A New Flower Garden? Drip Irrigation Saves Water And Improves The Health Of Your Flowers 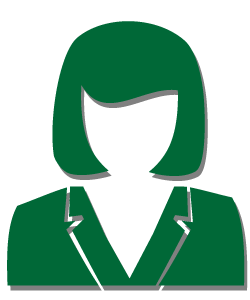 I'm glad you visited my website on landscaping. My name is Lucia Nash. I have a very busy and exciting garden. The feeder is always active with sparrows. We put a couple hummingbird feeders out and they visit us every summer. There are many types of birds that visit my yard. So many of my friends wonder why my yard is so busy with gorgeous animals, not the destructive kind, but the types that are just a pleasure to have around. The answer to that question is difficult to sum up in a few sentences, so I decided it was better to write blog posts on how to create a great yard.

Starting A New Flower Garden? Drip Irrigation Saves Water And Improves The Health Of Your Flowers

In the world of agriculture, modern drip irrigation systems are a relatively recent invention. They were invented to allow farmers to use much less water when watering their crops, as drip irrigation minimizes water loss due to evaporation and the effects of wind. However, landscapers and flower gardeners are realizing that drip irrigation has benefits that go far beyond saving money on your water bill; not only is drip irrigation easy to set up, but it's hands-off once you do since it is controlled by a timer. It also improves the health of your flowers compared to conventional overhead sprinkler systems and is much easier to incorporate into your landscaping plan due to its ability to be hidden easily.

Saves Both Time And Water

Waters The Soil, Not The Leaves

Water flowing directly into the soil without making contact with the leaves of your flowers is better for the health of your plants, as well. Water on the leaves does nothing useful for your flowers; instead, it acts as a powerful attractant for insects or other vermin who want to lick the water off of the leaves. In addition, water can accelerate the growth of fungus on the leaves and make your flowers more susceptible to disease. Watering your flowers with a drip irrigation system helps to prevent pests and disease, which makes gardening easier and gives you better results.

Shows Off Your Flowers, Not Your Sprinklers

Drip irrigation systems are an inexpensive way to provide water for your plants exactly where they need it; compared to conventional sprinkler systems, they save water, are easier to install and are less visible. If you are thinking of starting a backyard flower garden or a new landscaping project, contacting a drip irrigation service company who specializes in selling kits and helping you set up a drip irrigation system should definitely be a consideration.

For more information, you will want to check out a website such as http://sprinklersdfw.com/.